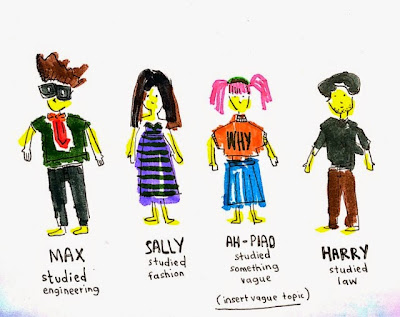 Harry is going to be a lawyer.

For awhile at least.

Here's the thing,
I studied media and its not the most straight forward thing in the world.
It's vague as hell, broad as a broad bean (not literally), and not an occupation you can justify...
most of the time.

For all those grads out there that took a chance and studied something weird like me,
or those of you that are or would want to someday study something vague-as-hell like me,
I HAVE COMPLETELY NO ADVICE FOR YOU.
Because I've just heard so many that I feel like I'm back at square one.

I took media because I wanted to do something different,
I knew from the start and was well-informed that it is not a straightforward route.
Now I've graduated and people bombard me with questions about a 'real job'. 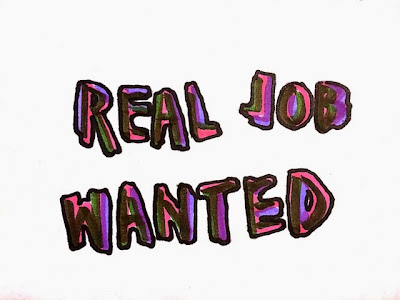 "Why not try something else and you can do (insert vague job) on the side, as a hobby. "
"Who knows, you might be good at a (real job)."

Why is it fair to tell a media grad, or a musician, or a chef to go try a real job first, and yet we'd   never say the same to a doctor, an engineer, an accountant, a lawyer.

(No disrespect to any of the above occupations)

We discourage an accountant from going into dance,
but we applaud the idea of a dancer making the economically-right decision of moving to accounts.
I feel like I'm encouraged to go out of my comfort zone and just try a real job, when to me,
my kind of job is as real as it gets.

Why do people within the vague jobs need to succeed before their work is acknowledged as..

We encourage gender equality, race equality, why not social equality?
Let's take money out of the equation.

Because you know what,
tons of us already know the pros and THE CONS of our field. (trust me)
But we chose to continue it because maybe we are convicted of it and maybe.
JUST MAYBE,
we believe in what we do.

So I know you mean the best when you try to advice us.

But sometimes,
Just let us be. 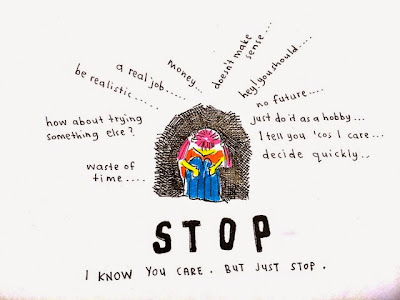 The best piece of advice we need is not "One million ways on how we can or should do things differently",
We just need support. 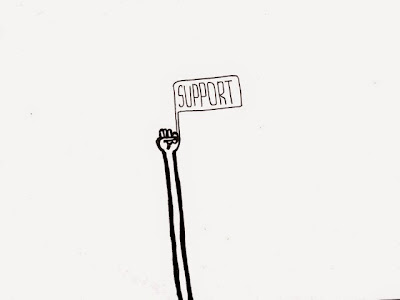 Because even in the worst case that we fail,
Let us fail on our own terms.
Learn from it,
and try again.

There is more power is cheering someone on than shouting some one down. 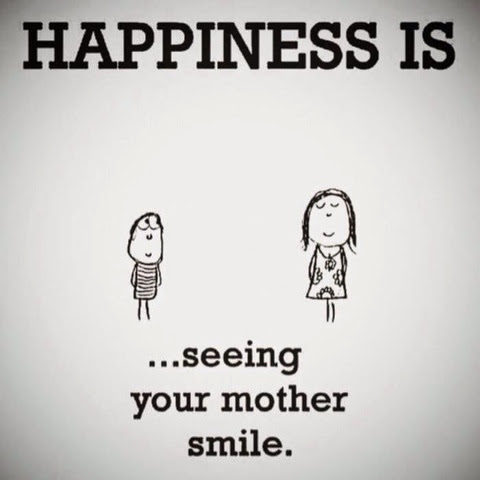 I could pick up a phone,
Say 'hi'
And instantaneously my mum would know if something was wrong.
She'd always tell me that I should do things out of love,
That I didn't need all the qualifications in the world to succeed.
If I ever doubted her, she'd use herself as an example.
And assure me how great she turned out.
She could calm a war with two sentences and she'd make friends with anyone that crossed path with her.
She is my mother and most importantly, she is my best friend.
For that mummy,
I'm sorry that sometimes my actions upset you and that I can't seem to get a hold of things.
But despite my fears of your disappointment, I confide in you all my fears, my incapabilities because I know ultimately that you love me beyond what I can do but you love me for who I am.
I thank you for sharing with me your God, a God that over the years has become mine too. You showed me how to draw strength from Him in times of need and often when I was struggling, you've drawn strength on behalf of me. Thank you mummy for being my rock when I was too lost to find my balance, for being firm in the ways of The Lord and yet so gentle in the ways of love.
I often take you for granted and sometimes I wonder at the amount of heartache I've potentially caused, but the one thing you've taught me about God through your actions is that love really is unconditional and that no one is keeping track.
Now that I've grown up, and I'm away from home. Often I have to take on the role as a mother, and I realise how much grace this role thoroughly needs. The frustrations the disappointments, I sometimes fear myself because I'd act out of the moment, out of anger, and it would take the hand of God (often, the voice of a mother through a phone call ) to calm all the earthquakes here on earth.
To all the mothers out there, I salute you for all that you have done. I thank you even more for the things that you have done without anyone knowing.
Often, we as children take you for granted, forgetting that we are here because of the grace you've had in our lives.
To all the mother's out there, and to my mum all the way in Malaysia.
Happy Mother's Day
There is no greater grace given than the grace to be a mother.
Posted by Unknown at 04:09 1 comment: 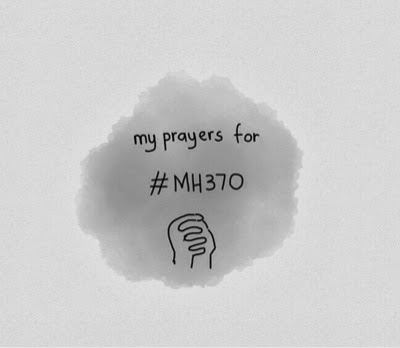 All the finger pointing, the blaming, the accusing.
It happens.
Because there is a whole load of hurt happening.
As much as people claim it doesn't really help.
The blamings will happen,
to allow the families to find a sense of closure.
Any sense of closure.
I couldn't imagine having a love one on that plane.
As a child, I'd panick if my parents came home too late.
I've always feared loss.
To the families,
I am so sorry.
I pray to God, that you'll find peace.
I pray that you'll find the strength to unclench your fist, despite the anger..
and hold your hands in prayer.
I pray that the tears you shed will not go unnoticed,
And that you find comfort in knowing that your families or friends on that plane, will never be forgotten.
I pray you find rest,
That you may shut your eyes once again without being striken my pain.
I pray that even though I do not personally know you,
That I wish I could be by your side.
To hold you.
To cry along with you.
To comfort you.
The unfairness of it all may be uncomprehandable now,
But I pray you do not lose hope in life.
That despite the cruelness of it all,
That one day,
You'll be able to open your eyes and your heart,
And slowly see the world beyond it's surface of injustice.
Sometimes letting go is the hardest,
Because we think they'll never come back.
But once you realize that they will never leave you,
You can continue journeying this life,
Knowing that though they may not be present,
They remain in your hearts.
Watching you from above.
Posted by Unknown at 03:06 No comments: 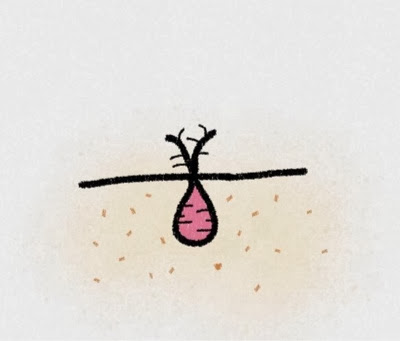 The struggles of growing a seed,
Is never knowing if the efforts will pay off.
You till at the soils, you shower it with love.
In hopes that a harvest awaits.
But sometimes,
That harvest will not come in your time.
So you just pray,
That the next farmer that comes along.
Will be able to reap something beautiful from your sowing.
So for now,
You just hope that the little seed will become the best it can be.
To know that maybe...
Just maybe.
It was all worth it.
Posted by Unknown at 00:58 No comments: 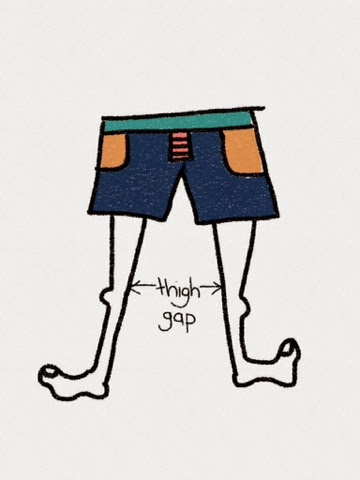 If you are so obsessed with getting a thigh gap,
Just stand wider.
TA-DA!!
Thigh gap.
Posted by Unknown at 05:20 1 comment:

I have never been married,
but I know,
that marriages are suppose to last.

Why make vows that mean nothing? 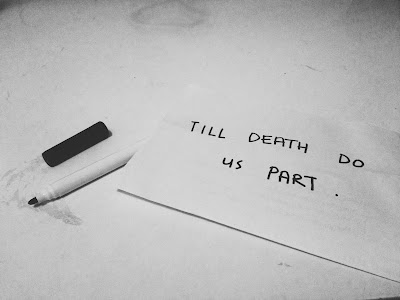 I'd give you all my red skittles,
Even though I only like the red ones.
Which I really really do.
I'd let you use the shower first,
even if we had limited hot water.
Occasionally,
I think I wouldn't mind washing your dishes for you.
Maybe,
even your laundry.

I would stay up late at night with you,
and talk about our dreams.
And I'd let you know my darkest fears,
if you'll let me help you conquer yours.
I promise that if you let me be a part of your life,
you will become a part of my world.

I'd say a prayer for you each day,
probably a few more on days you're sick.
And through everything that we will go through,
I'd thank God for you,
for me,
for us.

Because ultimately,
There will come a time.
When beauty and emotions fade.
It will be the dilly-dally in life that'll remind us of who we love.
And why we love.

In a day and age where love dwindles and fast as it kindles,
I want to be reminded of why we chose to say "I do" to each other.
And not anybody else.
Because one day,
when I find you.
I want you to be reminded everyday,
how special you are.
And will be.
That a marriage exists between two individuals,
no more no less.

I want to say 'I love you',
a love worth all the red skittles in the world.

Marriage is a covenant between two individuals,
don't screw it up.
It's about time the world got their head straight about what marriage means.
Posted by Unknown at 04:33 No comments:

Some stumble,
Some stutter.
Though they seem compose,
theirs heart are in a flutter.
They mutter shy 'hellos',
in hope for a reply.
But.
Even if you look their way,
They'd never look you in the eye.
Their voices crack when you come too close,
they start to constantly giggle.
And this can apply to most of the lads,
The young, the old, the middle.
Though their charms might fail at first,
please do not despair.
For lads like these are genuine at heart,
their heads aren't filled with air.
With patience,
with love.
Help their confidence grow.
And I promise you will find.
That same man,
who used to stutter and fall
Will grow to be divine. 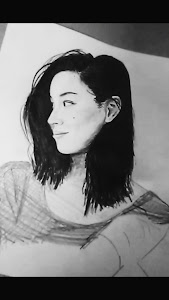